Apr 21, 2021 You movie, You netflix trailer, You release date, You season 3, You series, You trailer, You tv series 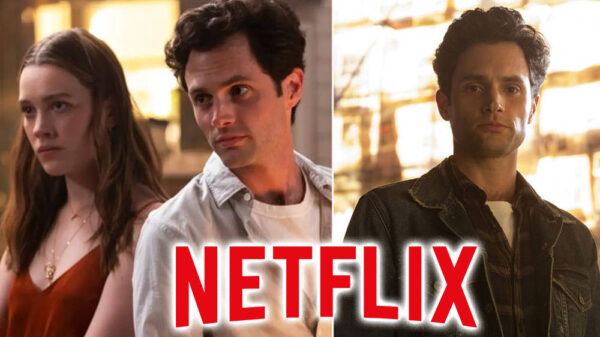 Murderous creep Joe (Penn Badgley) sets his eyes on a new target of obsession, blonde neighborwoman Natalie, who he peeped engrossed in a book he almost certainly has at least five opinions on. Such wandering eyes when his girlfriend, the equally bloodlusting Love (Victoria Pedretti), is so pregnant! For shame, Joe. Season 3 will also feature an ensemble of the finest LA stereotypes, including a wellness guru, “momfluencer,” and tech venture capitalist.

You season 3 has been renewed by Netflix and is due to release in 2021.

The third season of the American psychological thriller television series You was ordered by Netflix on January 14, 2020. It will feature the continuation of Joe Goldberg’s fraught relationship with Love, who is pregnant with his child in a new suburban home, but few plot details have been released. You series creators Greg Berlanti and Sera Gamble return as co-executive producers, and Gamble returns as showrunner. Penn Badgley, Victoria Pedretti and Saffron Burrows will reprise their roles. New cast members include Shalita Grant, Travis Van Winkle, Dylan Arnold, and Tati Gabrielle. Michaela McManus will portray Joe’s new neighbor, shown at end of the second season. The  10-episode season is scheduled to be released in Q4 2021.

In December 2020, the production of the third season was stopped for two weeks due to the COVID-19 pandemic and  restart in February 2021.